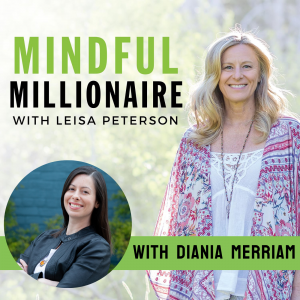 Today, I’m interviewing Diania Merriam and she is the founder of Econome Conference. It is such a fun conversation that we are talking about not only the conference that she’s created and this is her second one coming up but the story behind the conference, her vision, how she brought it into reality, getting sponsors, getting speakers. This person is very persistent and resilient and I love sharing stories of people like Diania who have these ideas say let’s bring this into reality, commit herself to it and then ultimately have success. She’s also sharing about the fact that she created this business without the intention of making money and some things that have been challenging as a result of that decision. I know that you’ll take away a lot from this conversation. One of the things I love about talking to Diania is she’s able to explain situations that she’s gone through but because she’s not in the story when she shares her experiences we’re all able to have transformational conversations going on in our head about what she’s sharing and how it applies to our own lives. I know that this is going to be a transformational conversation I can’t wait to hear what your thoughts are. Enjoy…

Diania Merriam is the founder of The EconoMe Conference, an event centered around financial independence, also known as the Ted Talks of the FIRE movement. She’s also the host of the popular podcast Optimal Finance Daily where she narrates articles from the best personal finance blogs on the planet. After getting out of $30k of debt in 11 months, she used her newfound financial freedom to negotiate a remote working arrangement with her employer, take a 2 month sabbatical to walk 500 miles across northern Spain on the Camino de Santiago, buy a house, and launch her own business. Diania saves 60% of her income and is on track to be financially independent by the time she’s 40 years old.

Are you a business owner seeking ways to increase the cash flow generated by your business? Inquire about Leisa’s IPROSPER Business and Money Advisory Mastermind here.

To receive daily inspiration and more wealth resources, join the Facebook Mindful Millionaire Community and connect with thousands of like-minded people who share your interest in wealth building and the inner journey.